This is a text widget, which allows you to add text or HTML to your sidebar. You can use them to display text, links, images, HTML, or a combination of these. Edit them in the Widget section of the Customizer.
Posted on September 10, 2018September 10, 2018 by sporadic2bme

I know I’m super late on posting this one. I’ve just been so busy that I forgot about it til I breaking down boxes today. 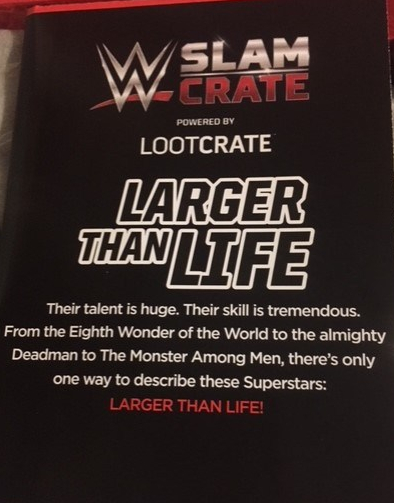 The theme really says it all.

Every box contains a list of what is inside it. 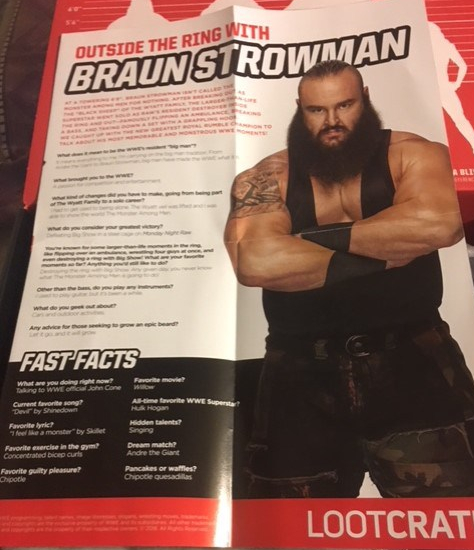 This months interview was with the Monster Among Men Braun Strowman. 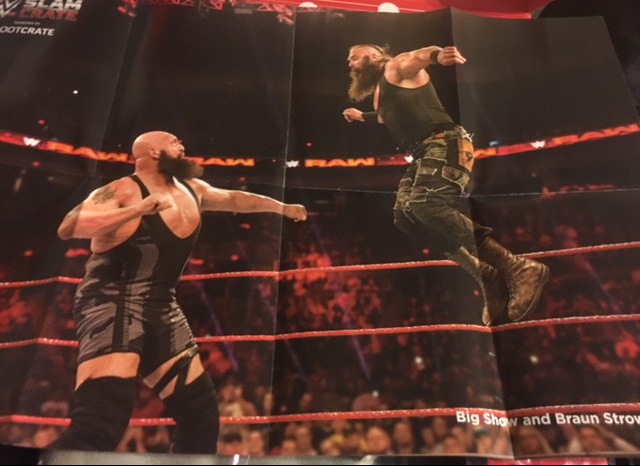 The poster was of Braun and the Big Show. Both are 2 of my favorite big men to ever wrestle. 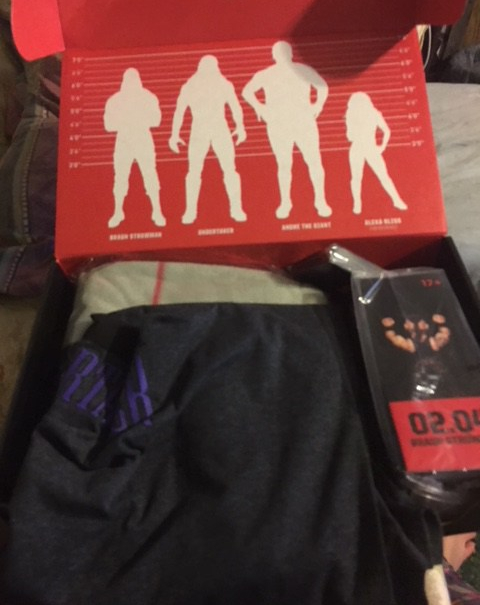 They always pack the boxes so neat. Like I would hate to be the person that packs it. I’m terrible at trying to put the stuff back in there so I can imagine how it is to do this a billion times.

This one came with another figure. This one was of Braun. Honestly, they might as well just dedicated the box to him. 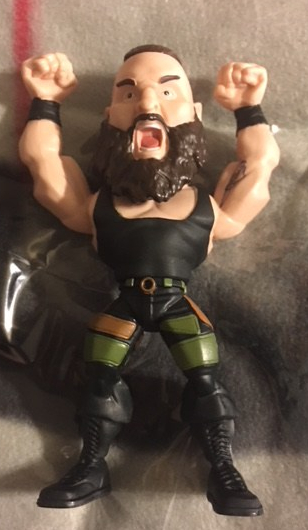 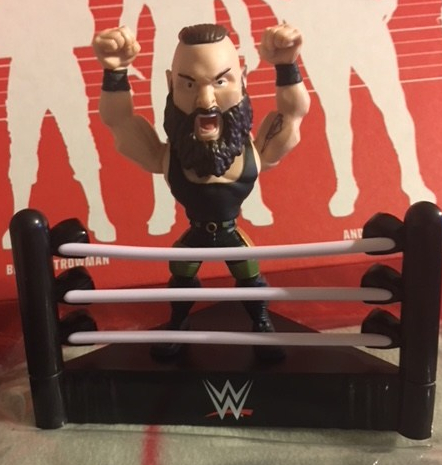 This one is a perfect depiction of Braun. The only issue I have with it is the fact that this one is the same size as my Finn and Seth ones. In reality, Braun is bigger than both men. It does have an abnormally huge head for some reason.  I was am just disappointed that it is not bigger since the theme is larger than life. 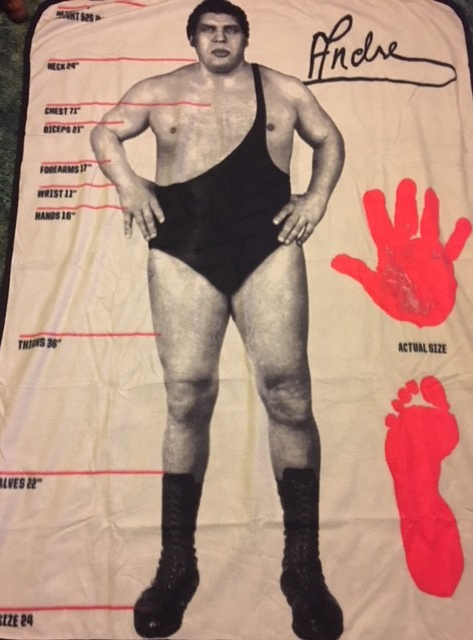 This is an Andre the Giant blanket. I was super stoked about this when I pulled it out of the box. It’s a typical fleece blanket. Since Andre was a massive individual, in general, they added his measurement to it.

He was legit a massive man, like look at this comparison.  I am pretty in love with this blanket. It’s super cozy. 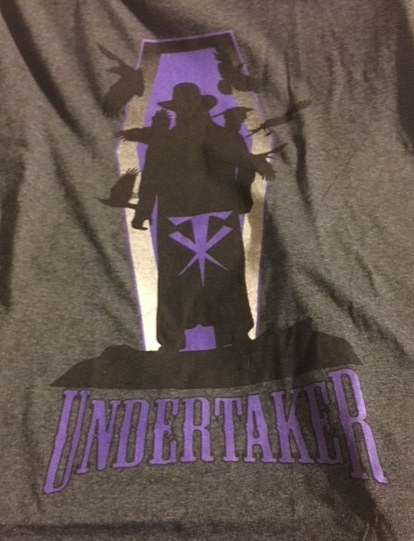 The Shirt in this month’s box features The Undertaker. It is perfect with the design overall. The shirt is a dark heather grey and it’s lightweight. It’s actually pretty soft to wear. Most of the shirts they put in the boxes are a little stiff, so I was thrilled that this one wasn’t.

This one threw me off. It’s a Million Dollar Man Money Clip. In no way is he physically a big man, which I thought was the whole theme. However, it does make sense since the persona and the everything of the Million Dollar Man is larger than life. Plus a  money clip is just appropriate.

The pin is of the ultimate big man belt. The WCW World Heavyweight Champ, everyone has had it. It’s made and broke careers. The belt is literally larger than life and I’m glad they chose a belt that matched the theme this month.

I really liked this one. I got stuff that I legit like and not anything that was too overplayed unless you count Braun who I think has only been featured as a poster once before. Plus Braun is the top big man right now so it works. Hopefully, they will keep it up and put more superstars in there. I’m excited to see what they come up with next.

If you wanna get this crate or any of the other crates they have I have included a link below.  Not gonna lie I get $5 towards a crate if you use it. Every Loot Crate subscriber gets a code.